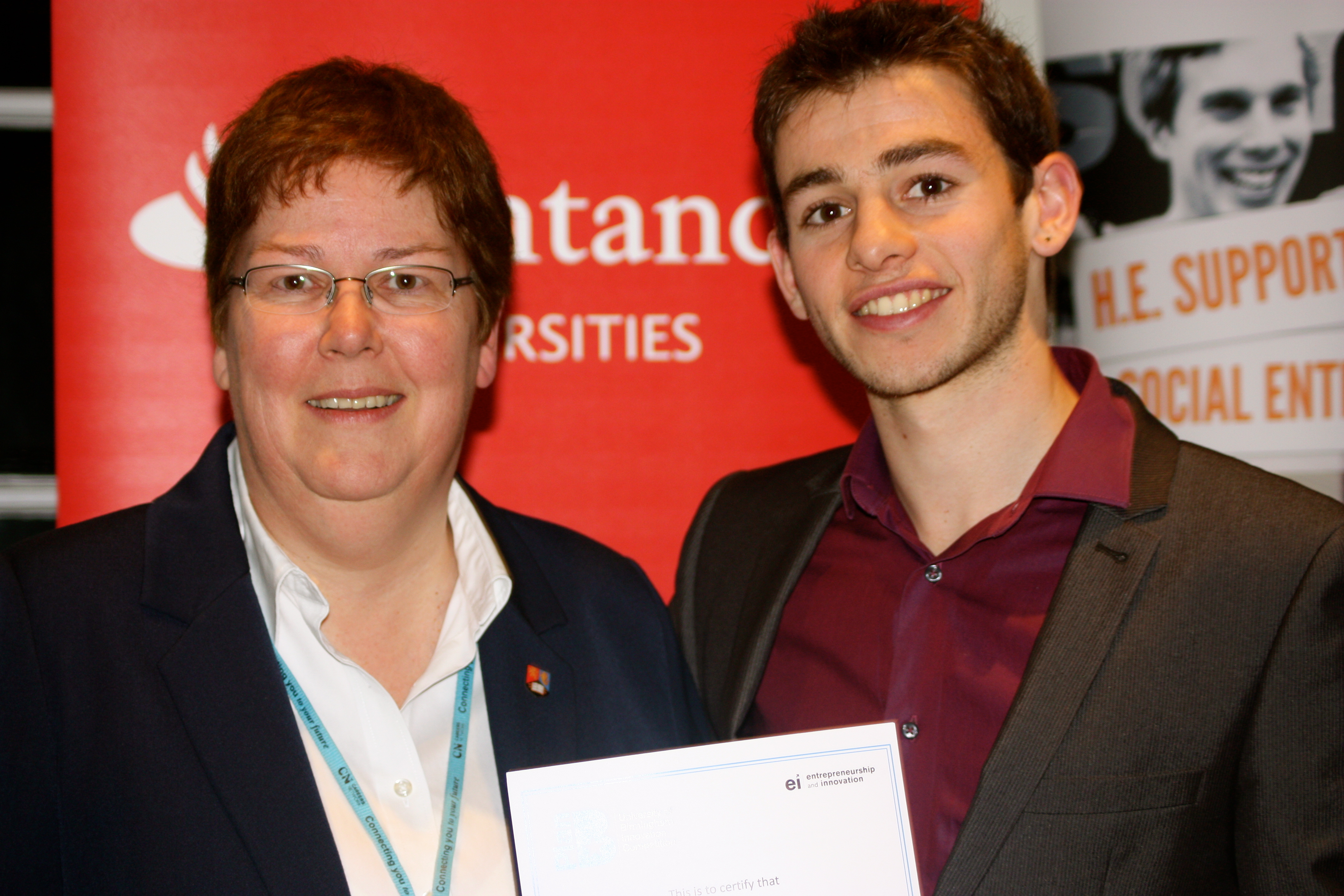 The competition was launched on the 18th Jan 2013.  As a result of a great deal of interesting application submissions, 31 students and their teams were shortlisted to compete for the top prize of our 2013 innovation competition on Wednesday 20th March 2013.

Thank you to our supporter: Santander and our sponsors:  Marketest, Hospitality & Accommodation Services, Unltd and BizzInn for making this competition possible.

The competition offered students the opportunity to think long and hard over what kind of ideas could be considered for a potential business.

The overall winner of the Plan B Student Innovation Competition 2013 is Jonathan Driscoll (pictured above with Eluned Jones, Director of Careers Network) who entered his idea under the Technology Strand and has been received a prize of £1250 to take his idea forward.  Jonathan Driscoll went on to comment:  ‘I had an idea, but it was a bit too big and crazy, then when I started developing the idea further, it became more obvious how much it was needed in society, and how achievable it actually was. The Plan B programme is an excellent way to bring focus and progression to an idea. We often get sensitive or single track minded with our ideas, but having an outside opinion from someone with experience is invaluable. Winning the programme is obviously a great experience, recognition of my hard work and access to funding that will kick start my business, but the comments and feedback from the pitch day itself is more valuable; so in that sense, everybody who takes part is a winner for themselves.’

The grand finale of the competition saw students battle it out with a 20 min pitch that included a good grilling from a panel of experts ranging from entrepreneurs, corporate professionals and expert staff at the UoB. The evening saw the disclosure of the award winners and networking with business guests, staff and fellow peers. Our guest speaker Andrew Garner alumnus of the University of Birmingham was the ultimate inspirer left our students with an appetite for success.

For further information on what we do here at Entrepreneurship & Innovation (Careers Network) University of Birmingham please get in touch on 0121 414 2678, ei@contacts.bham.ac.uk